Dr Hill grew up all over western Washington (Seattle, Sultan, Monroe, Port Angeles), attended high school in Seattle (Ingraham), received his bachelor’s degree from the University of Washington, and his DVM from Washington State University in 1984. He practiced Veterinary Medicine in Oregon and Hawaii before coming home and buying the Cat Clinic in 1992. When not at work, he enjoys hiking and playing the acoustic guitar. 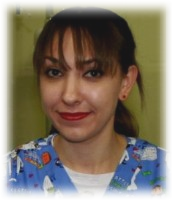 China grew up just a couple of blocks from the Cat Clinic. She had an aptitiude for handling animals second to none from a very young age, and has worked for us since 1998, before she graduated from Issaquah High School. When not working with our cat patients, she’s home working with even more cats. 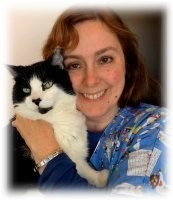 Melody grew up in Bellevue and graduated from Sammamish High School. After attending Dental Assistant school and working in Dentistry for several years she joined us in 2003. Melody is married with a young daughter and has pen-pals all around the globe. 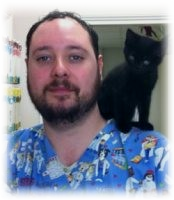 Nick also grew up very close to the clinic, like China, and started working for us in June 2000, prior to his graduation from Issaquah High School. When not at work Nick enjoys music and the Seattle sports scene, especially the Sounders, Seahawks, Mariners, and the always hopeful WSU Cougars. 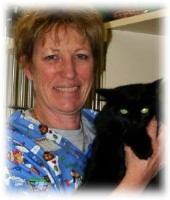 Sandie was born in Scotland, and has lived in Italy, Capri, the Canary Islands, Spain, and California before her husband’s job with Boeing brought them here.

She has worked for us since 2006. She loves to garden and to take her small herd of Dauchshunds walking in the Isssaquah Alps. 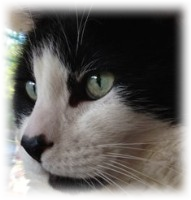